Good morning. Scrapbookpal recently added new members to their Design Team and I am thrilled to have been selected to be a part of this awesome group.

Be sure to check back often as the team has some amazing projects to show you.

I am so excited to post my first design team project for Scrapbookpal. A friend is having a party for her husband so I thought I'd create a centerpiece for the table. I have had this lovely Prima Vase for quite some time, never knowing what to do with it. Well, this project was perfect and with the all the supplies available at Scrapbookpal, it was easy finding just the right Cricut cartridges to create this centerpiece. 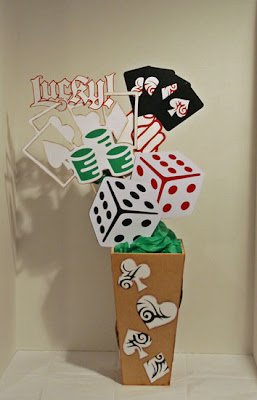 Start by lightly running a brown inkpad around the edges of the vase, giving it just a hint of color. 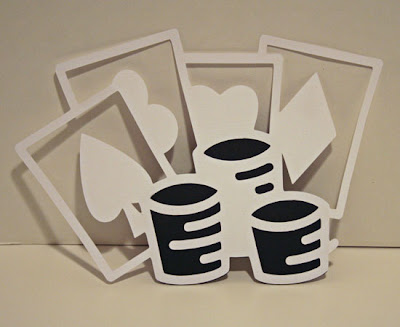 Using the Plantin Cartridge, create the deck of cards 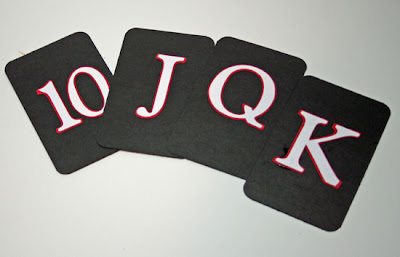 Cut uppercase letters J, Q, and K and the number 10 at 2" from white cardstock
Using the shadow feature, cut them all again at 2" from red cardstock
Assemble the white onto it’s shadow

To create the deck of cards cut 4 pieces of black cardstock 2 1/2" x 4", corner rounding the edges
Add the letters and numbers to the cards 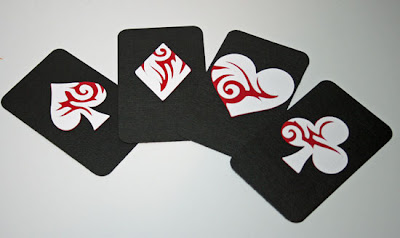 Cut the diamond, heart, spade and club at 2" from white cardstock
Using the blackout feature, cut them again at 2" from red cardstock
Adhere these to the back of the deck of cards created above 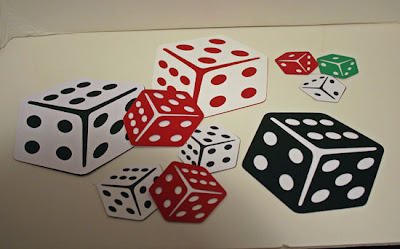 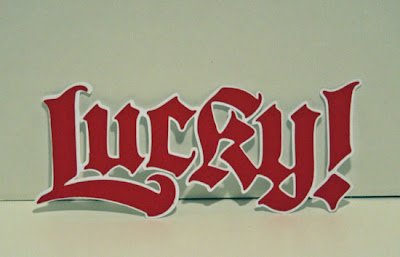 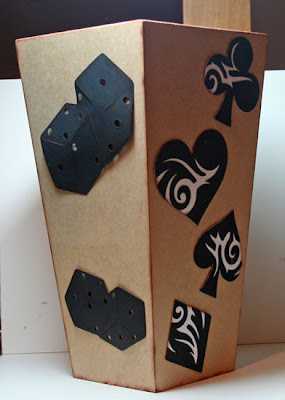 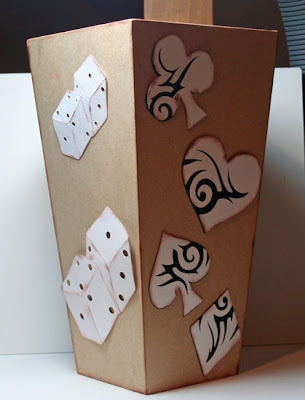 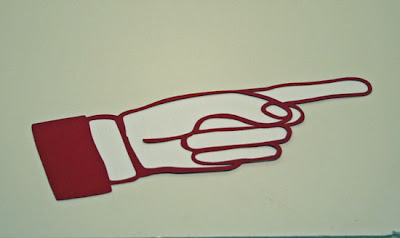 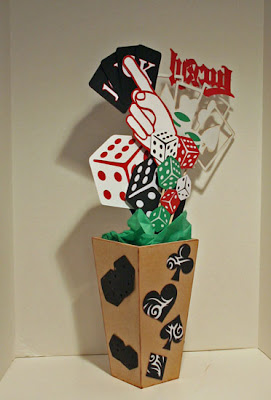 The deck of cards was placed in the hand and Lucky was placed so that it was sitting on top of the Poker elements. 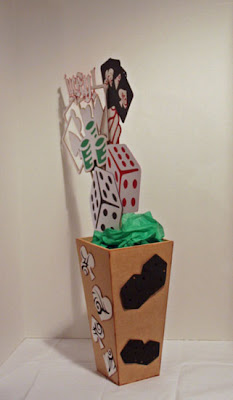 Thanks for stopping by today. I hope you've enjoyed this project.

Posted by Steph Ackerman at 6:05 AM