Core'dinations has an open call for Card Designers and I would love to be a part of that team.   They have asked that we showcase 3 cards for this call, so here is my entry with instructions below: 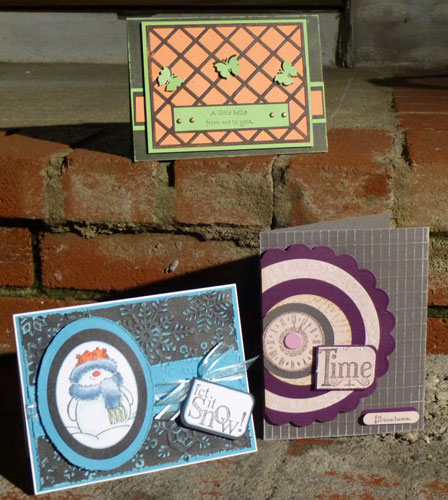 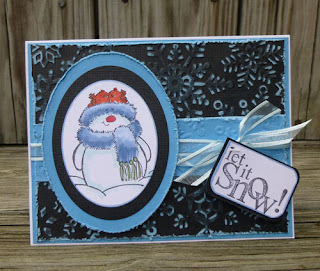 I began by cutting my cardstock to fit my card front, then cutting another piece slightly smaller to fit on top.  I embossed the smaller piece with a Cuttlebug Snowflake Embossing Folder. 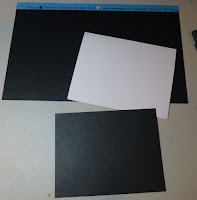 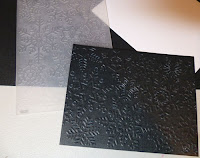 Using a sanding block, I then sanded the snowflakes so the under side (the blue) would show through.  Then I lightly distressed the edges for the same effect.  I also embossed a smaller piece of cardstock and lined up the snowflakes on top of the base.  The Penny Black image was stamped with Memento Ink and colored with Copic Markers, then the oval circles were cut with Spellbinders dies.  A ribbon was tied around the card and the image was placed on top.  Foam adhesives were added for dimension. 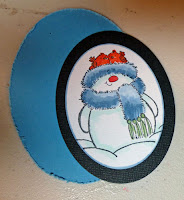 To finish the card, a Penny Black sentiment was stamped and then matted and attached to the ribbon with a Paper Tagger. 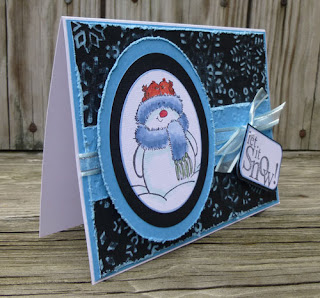 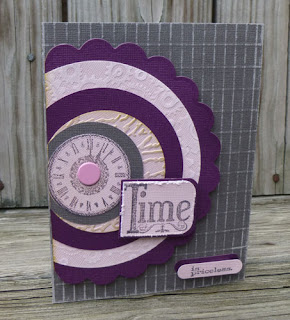 I began by creating a card from Core, then, using my Scor-pal, I created the background by scoring every 1/2".  Flipping my card 90 degrees, I then scored again every 1/2". 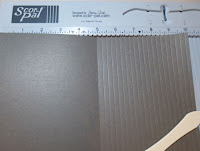 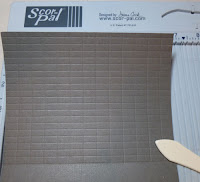 Once scored, I used a sanding block to distress the edges.  I die cut a large scalloped circle and a large circle.  The large circle was embossed with a Cuttlebug Embossing Folder. 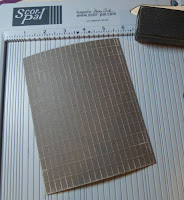 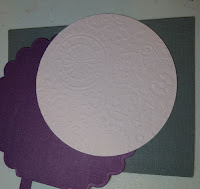 I cut 4 smaller circles in assorted colors and stamped a clock on the smallest one and embossed another. 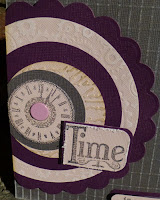 A card was created by cutting Core 10" x 6 1/2", then scoring at the 5" mark.  The card was folded and sanded to allow the under side to show.  The grid was die cut with a Cheery Lynn die and then lightly sanded.  It was then adhered to the orange cardstock and then matted with green cardstock.  A sentiment was stamped and added to the front with brads. 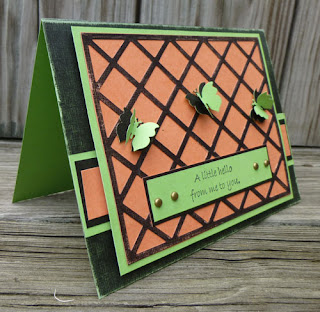 A border of green, black and orange was placed on the card before adhering the panel.  Foam adhesives were added to give the panel some height.  Little butterflies were punched and added to the grid.

Posted by Steph Ackerman at 9:20 PM