Hey everyone.  I had several projects showcased at the Basically Bare's booth at CHA and this Winter Shadow Box was one of them.  It was recently shown on the  Basically Bare Blog  and is one of my favorite projects. I created the shadow box from a sheet of 12" chipboard.  I built up the interior to simulate a room, adding Graphic 45 pattern papers to create a "living room" appearance.   Curtains were created from vellum and scored with the Scor-Pal to create pleating.  A valance was created using a Spellbinders Border Die.  The Christmas lights were created using Spellbinders dies and Stickles on top. 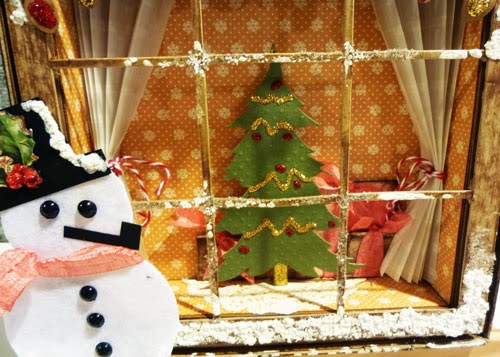 A Sizzix die cut tree was added atop a doily and stickles added on top.  Several of the frame cut outs were inked, cut, and tied with ribbons to simulate packages. 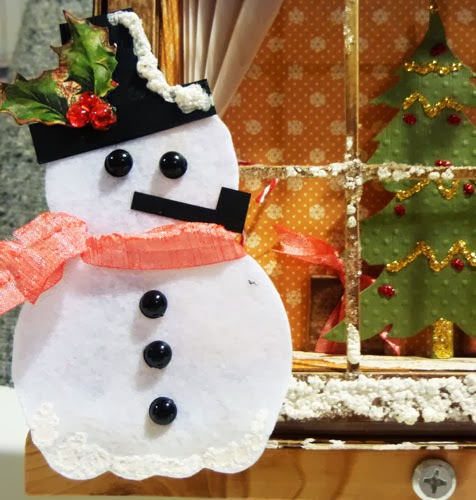 A felt owl embellie was used to create a snowman.  I simply cut off it's ears, added a hat and pipe, some Dew Drops and May Arts ribbon for a scarf.  So cute!!!

A Marvy Uchida Snow Marker was added to the frame and the snowman  then heat set to create the look of snow about the shadow box.

I hope you have a chance to play with the Window Frame.  There are so many options to create with it!!