Hi everyone, I'm on the Clear Scraps blog with one of their new albums - Chip Tab Slimline Album. 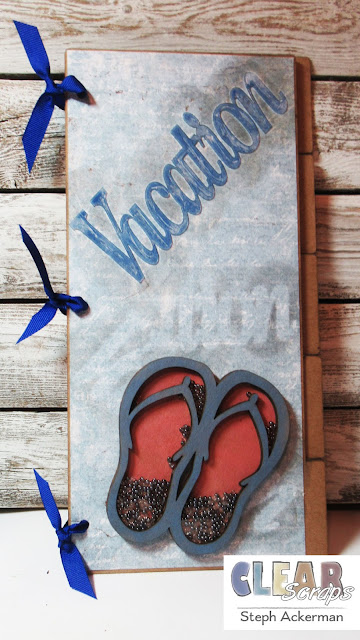 Containing 5 pages, this chipboard album is perfect for creating a wide assortment of projects.  I chose to create a vacation album and while, we haven't been able to take a vacation recently, I plan on using this album for an upcoming vacation. 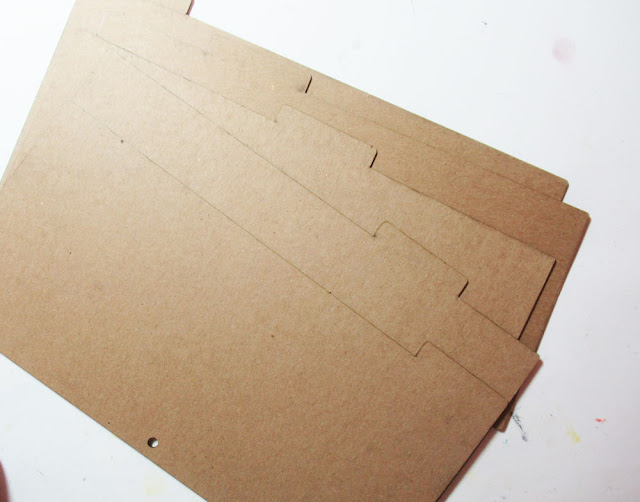 Because I don't know where we'll be going, I chose to decorate the front cover.  I'll fill in the interior pages once we've finally taken that trip! These chipboard pages are very sturdy and can withstand paint and ink.  I chose to add pattern paper to the cover, then used the Expressions Small Vacation word as a stencil, inking around it with black ink.  I left the film in place while using it as a stencil so the word would not pick up the color. 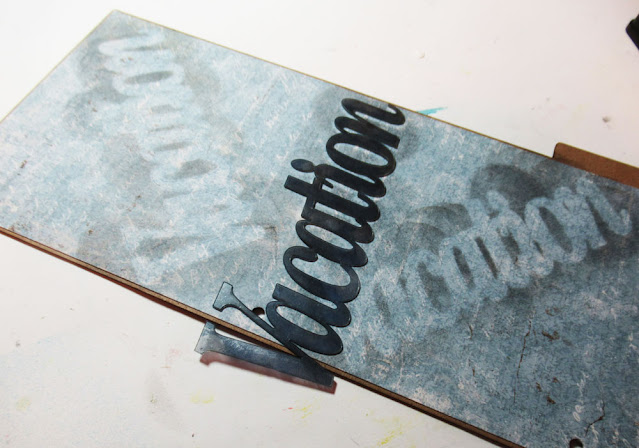 Then I removed the film on the reverse side and inked it with blue ink and adhered it to the album cover. 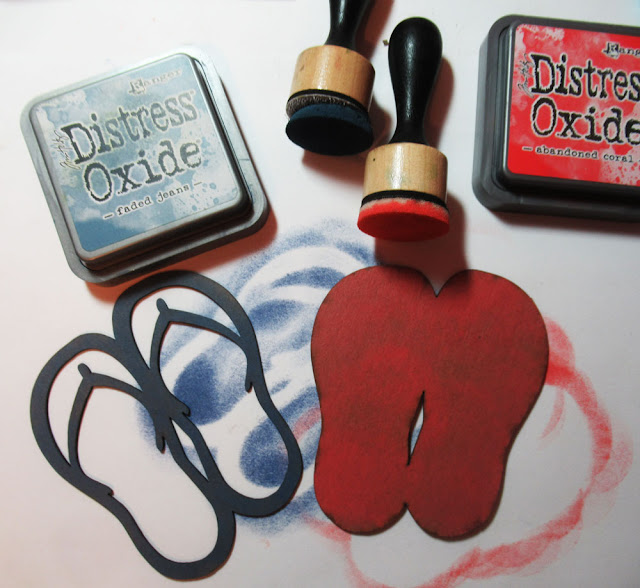 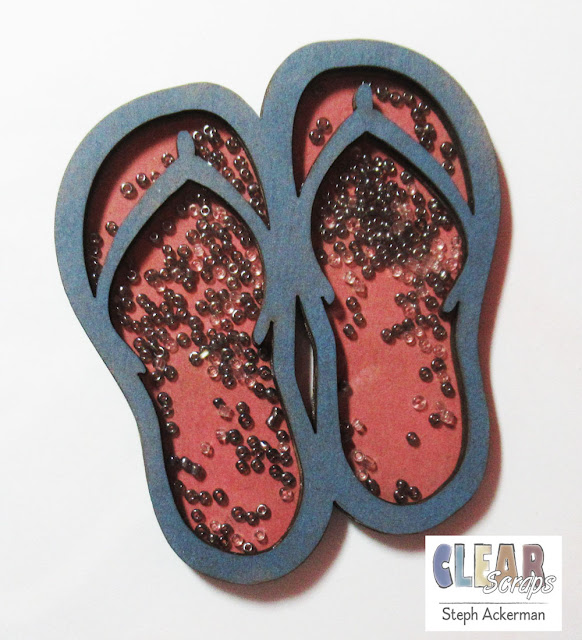 Small beads were placed in the bottom layer.  The film was removed from the acrylic layer and the flip flop was assembled. 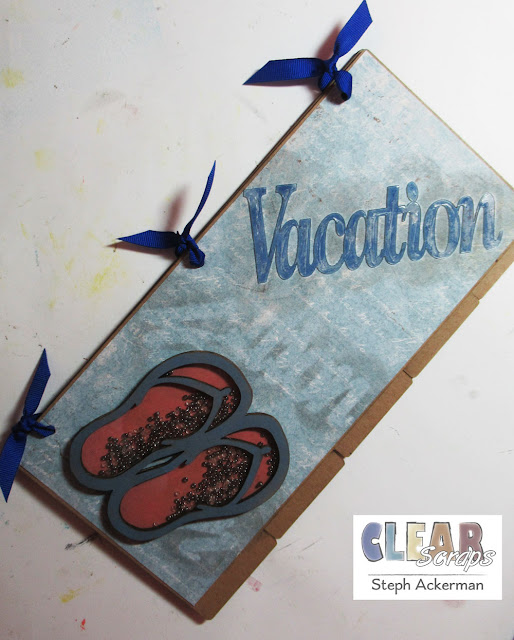 The flip flop shaker was adhered to the album on a slight angle. 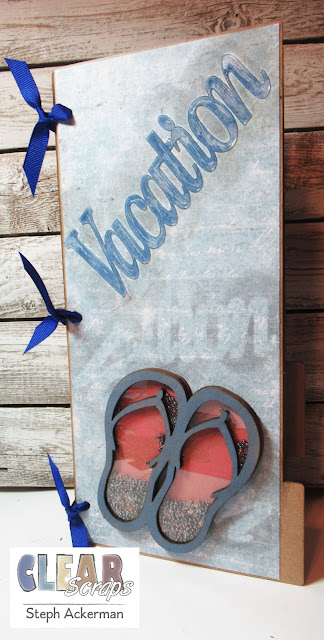 Thanks for stopping by.
Steph
Posted by Steph Ackerman at 8:00 AM