Hi everyone I've got a creepy project on the Makin'sⓇ Clay blog just in time for Halloween.  Halloween is only 3 weeks away so it's time to start creating Halloween projects. 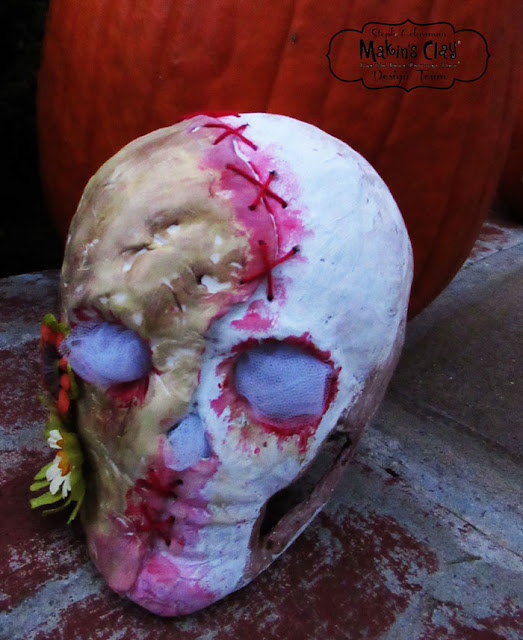 
I began by conditioning white clay.  Using a paper mache mask as my base I formed the white clay over half the mask using my fingers to create definition.  Once I had the clay as I wanted it on the mask, I allowed it to sit for several days before continuing.  As it dried, the cracks and crevices became more conspicuous.  Then I painted the clay with gold paint and the paper mache mask with white paint. 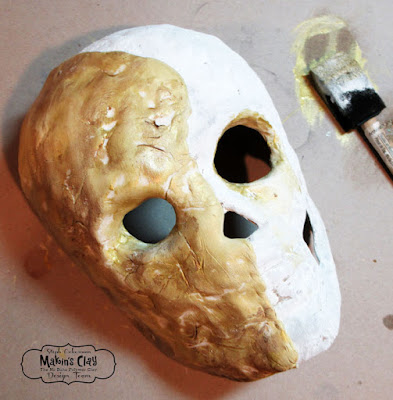 I added some brown metallic paint randomly about the mask, then for a bit of a creepy effect, I added red paint to the eyes and along the edge of the clay mask.  I placed tulle in the eye sockets and added a bunch of flowers to the corner. 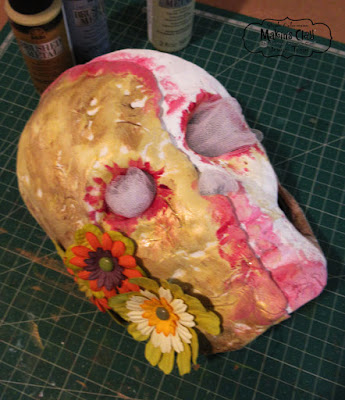 I used the pick from the Tool Kit to poke holes in the clay and the mask.  Then I used a needle with Whisker Graphics twine to create suture lines.   I'm ready for Halloween. Are you? 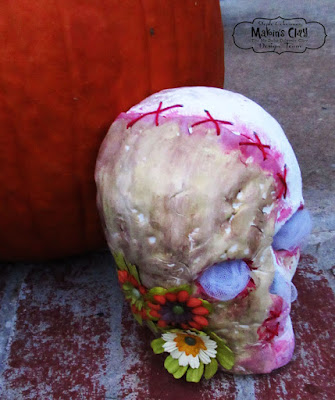 Please stop by the Makin'sⓇ Clay blog for more details on this project.
Thanks for stopping by.