HI everyone, I'm on the Clear Scraps blog with a set of cards using the Heart stencil, Viva Décor Modeling Cream, Graphic 45 Flutter paper pack and Want2Scrap bling from the January kit. 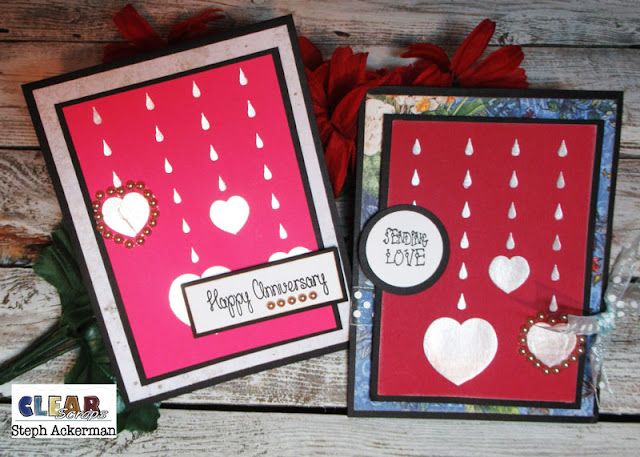 This stencil is perfect for Valentine's Day, Anniversary and Love creations.
Placing the stencil on cardstock, I used a pallet knife to spread the modeling cream. 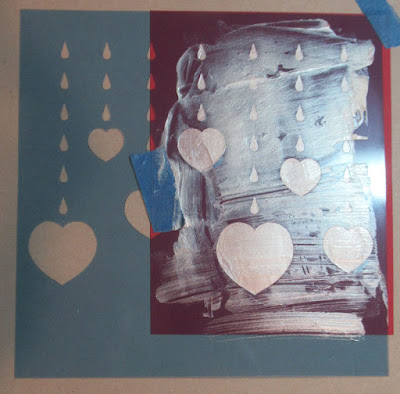 Look at the beautiful effect on both pink and red cardstock. 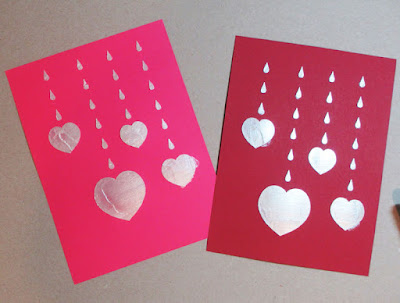 I created cards from black cardstock and matted each stenciled panel with black cardstock so the panel would pop.  Using papers from the Graphic 45 Flutter collection, I assembled the red card, placing ribbon between the layers.  To finish I added Want2Scrap pearls around one of the hearts.  A small sentiment was then added to the left side. 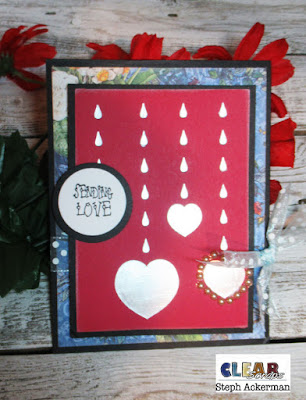 The pink card was assembled without ribbon.  Again, I placed Want2Scrap pearls around one of the hearts.   As I wanted to create an anniversary card, I added an anniversary phrase and placed several pearls under the phrase. 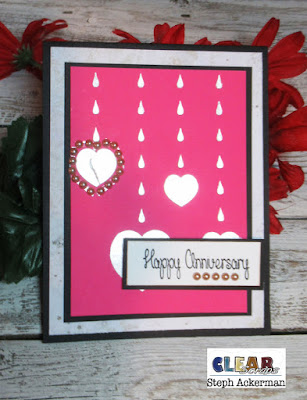 There you have 2 cards from one stencil.