Hi everyone,  I've got a new Spooky project to share on the  Makin'sⓇ Clay blog. Start by spritzing the panel with assorted colors of Fireworks Inks.  I started with lighter colors then realized I wanted a darker effect so I added a darker blue and gray. 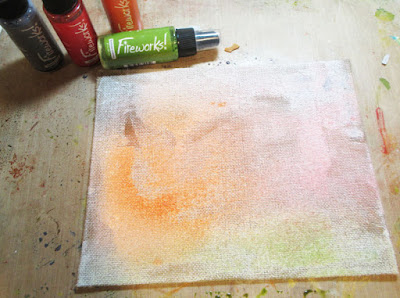 Begin by conditioning the white, black and brown clays.  Then place each individually in the clay machine at the highest setting.  Reduce the setting on each pass until you have the thickness you need for your project. 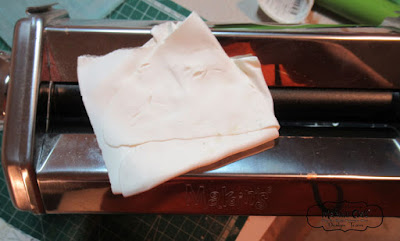 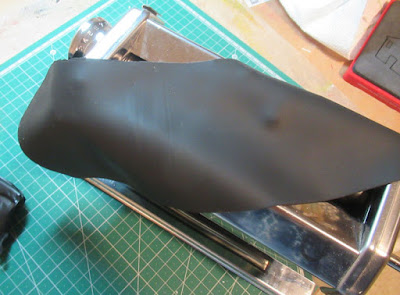 As I was creating a Halloween scene, I die cut a haunted house from the black clay.  To be sure the clay did not stick to my die, I placed the clay between wax paper and then ran it through my die cut machine.  Although still damp, it die cut beautifully. 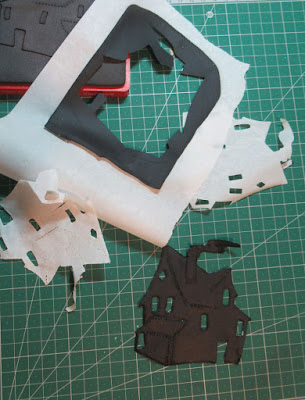 Picking up the left over black clay, I mixed it with some white clay and again ran it through the clay machine until I had a mottled effect.  I then die cut the roof of the house and placed it atop the main image. 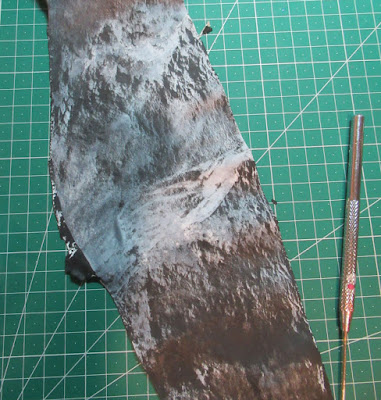 As the clay was still damp, no glue was needed to adhere the pieces. 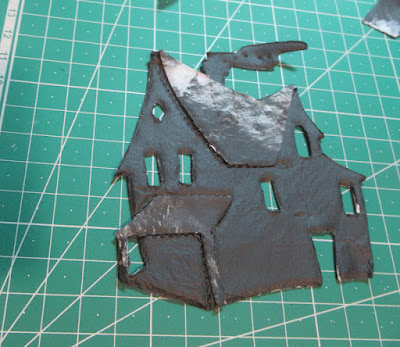 Next, I die cut 2 trees using another Sizzix die.  Again, I placed the clay between wax paper so it would not stick to the die. 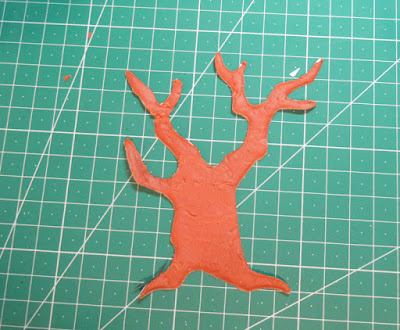 Once all my elements were ready, I started creating a spooky scene.  I began by adhering some torn strips of paper across the panel then put the trees in place.  Realizing I wanted fence posts, I used the left over black and white clay and die cut the fences.  I also had left over brown clay so I free hand cut a sign.  Using the small pumpkin cutter, I created several pumpkins, used a craft stick to create texture, then spritzed each with Fireworks Craft Sprays.  They were placed around the sign onto which I added letters spelling BOO. 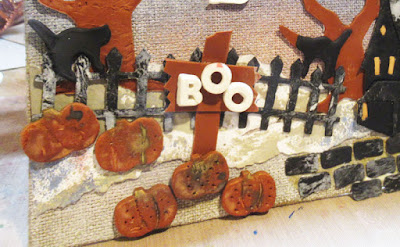 Using the ghost clay cutter, I created a number of ghosts that I adhered to the panel.  In the upper corner I created a moon and placed a ghost on top. 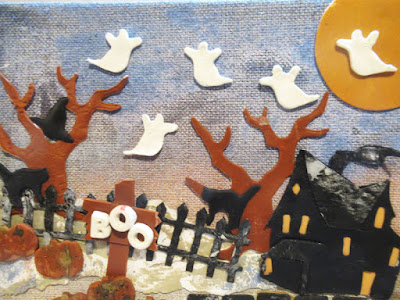 The black cats are standing on the fence and the witch's hat is in the tree.  Yellow clay was added behind the house to simulate light in the windows then the house was adhered to the panel.  Using the remaining black and white clay panel, I used a rectangle cutter to create bricks for a walkway. 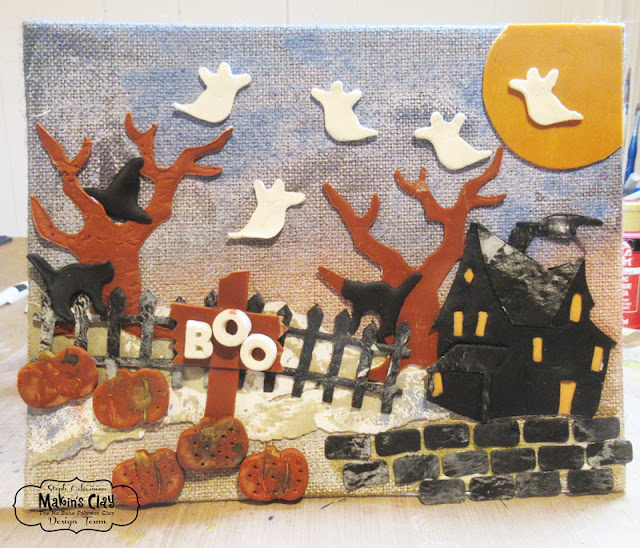 Hoping you have a Happy Halloween.

Posted by Steph Ackerman at 7:30 AM