Hi everyone, I've got a new post on the Clear Scraps blog using two of their stencils. 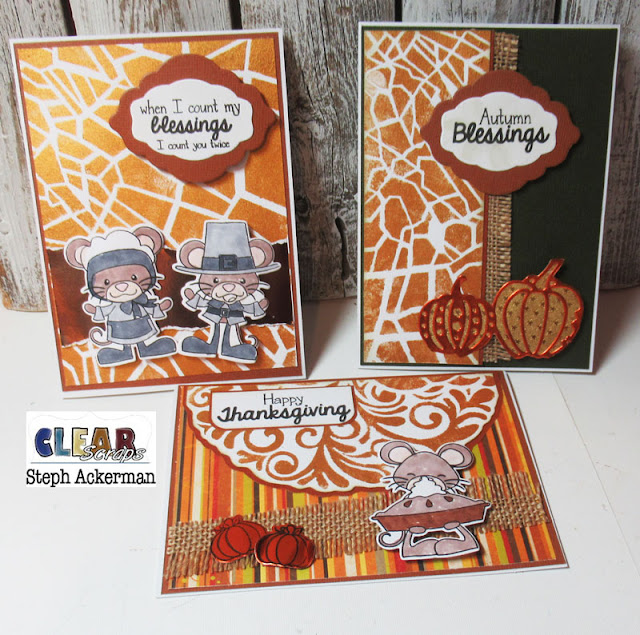 Using the 6" Shattered Glass Stencil, I placed it on white cardstock, then used gold metallic paste 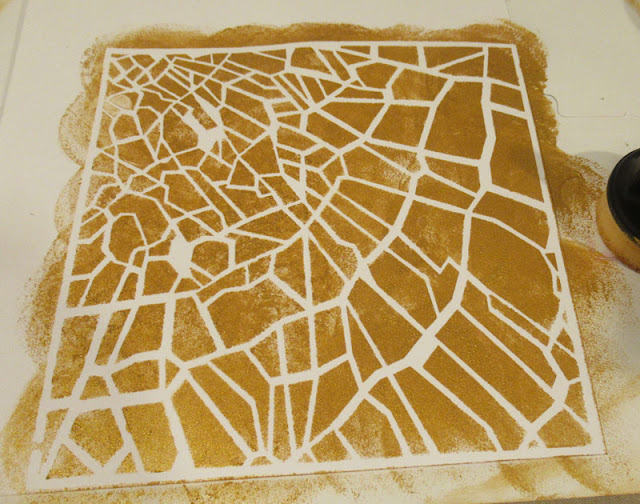 I also used the 6" Swirl Pumpkin, placing it on white cardstock and used the same gold metallic paste on the swirl portion. 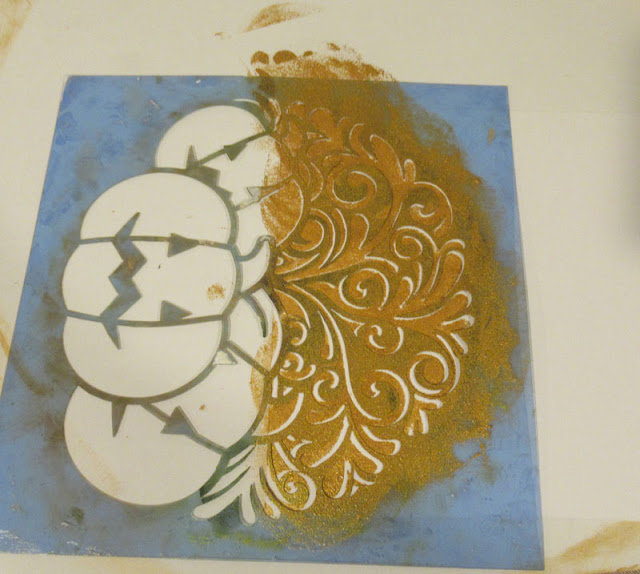 Once dry, I cut the shattered glass stencil  to fit my card front and matted it with cardstock.  The left over strip was used for a second card. 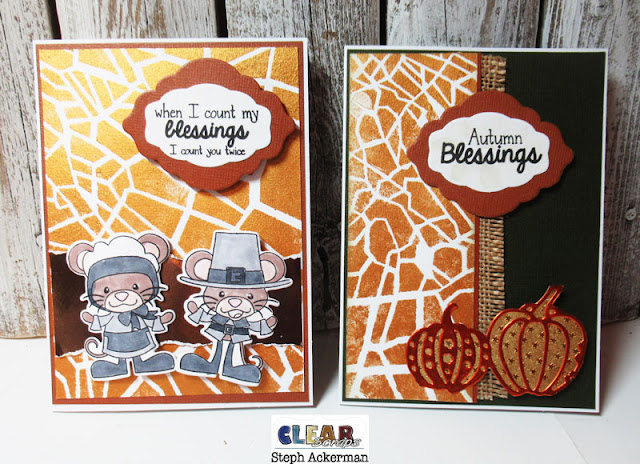 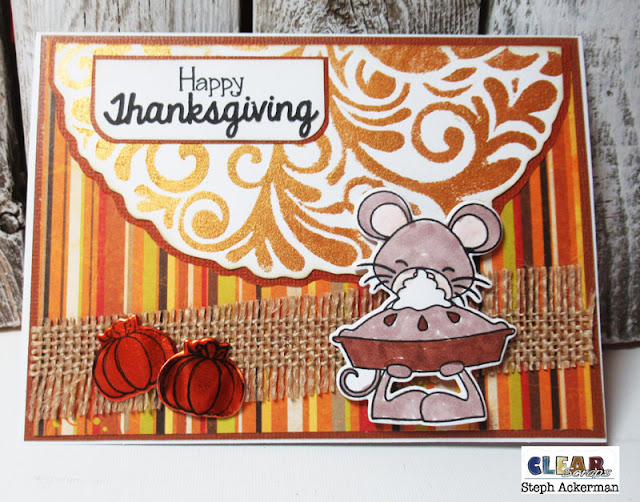 The swirl panel was fussy cut and matted with cardstock which was also fussy cut, creating a doily-like panel.  It was then placed atop a striped panel.  A burlap strip was placed across the card.  A third mouse was stamped and die cut, then  added to the card.  Two pumpkins were stamped on Rinea Marigold/Gold Glossy Foiled Paper and die cut.  They were then added to the corner of the card.

Posted by Steph Ackerman at 6:00 AM