Hi everyone, I'm on the Dies R Us Blog with a Sympathy card today. 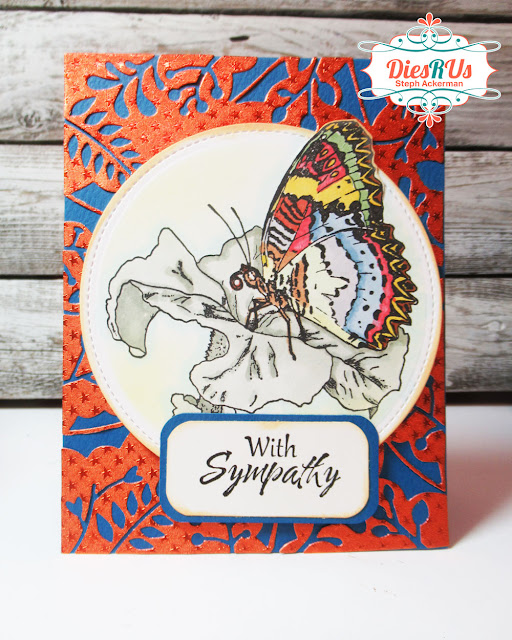 I began by stamping the image, then coloring it with Copic Markers.  As the largest circle die would have cut off part of my image, I fussy cut around the wing, then slipped the die under it so it would cut the circle and leave the wing intact. 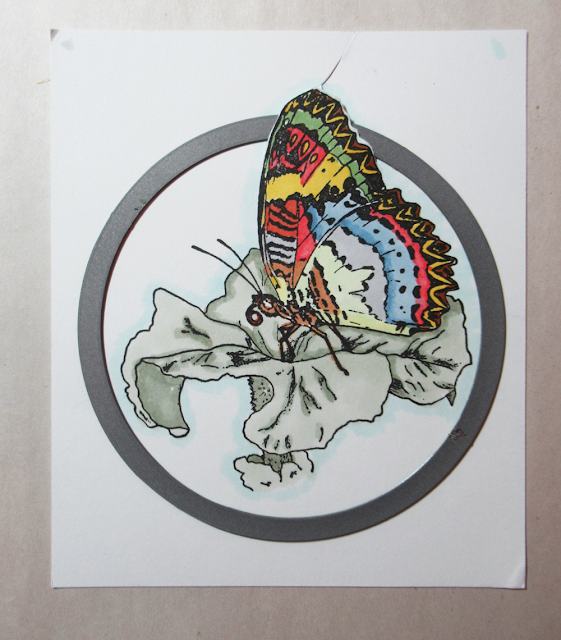 While still in the die, I inked around the image with Distress Oxide in Squeeze Lemonade. 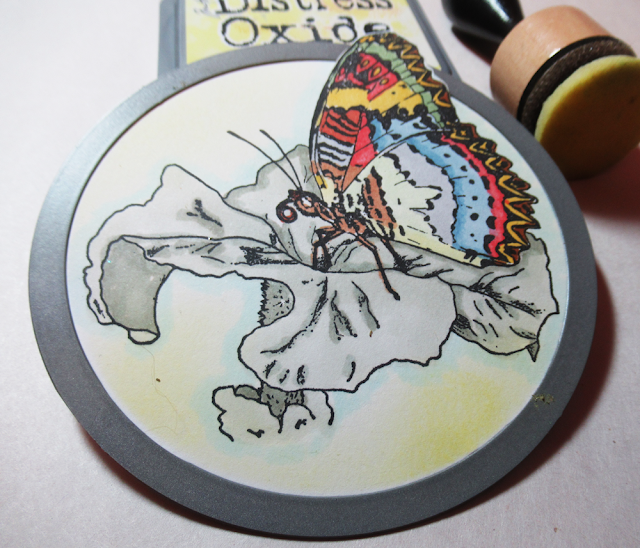 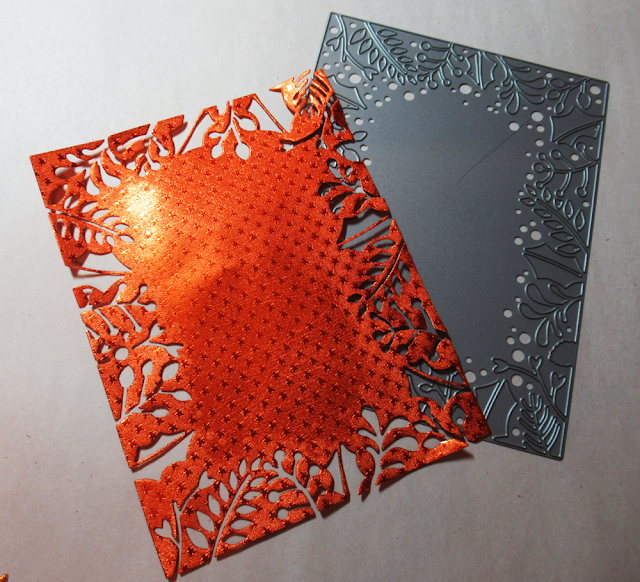 Next, I adhered the panel to a blue card. 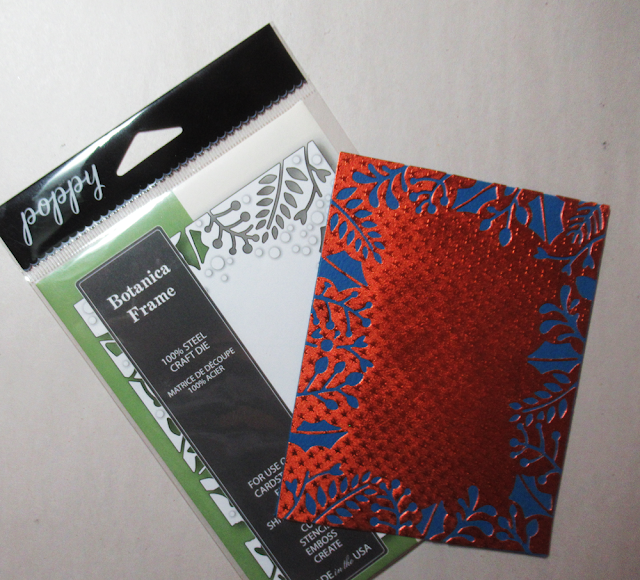 After inking the edges of the circle with orange ink, It was placed on the card with foam adhesives for dimension. 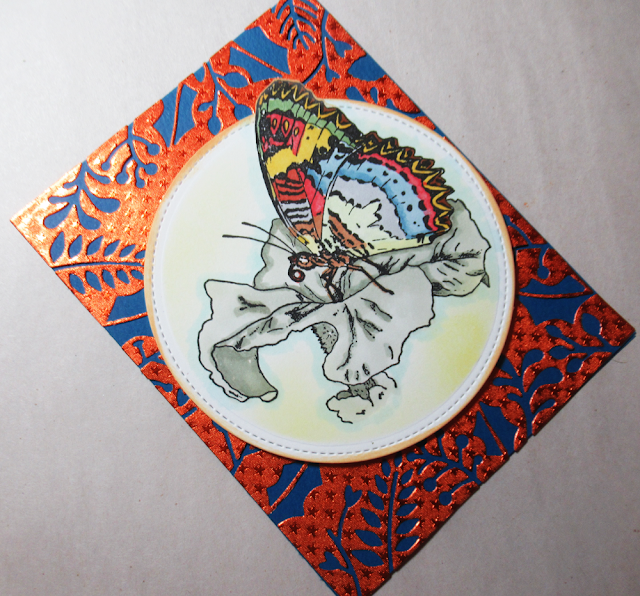 The phrase was stamped on a scrap of white cardstock and matted with a scrap of blue cardstock, then added to the bottom edge of the image using the Best Glue Ever. 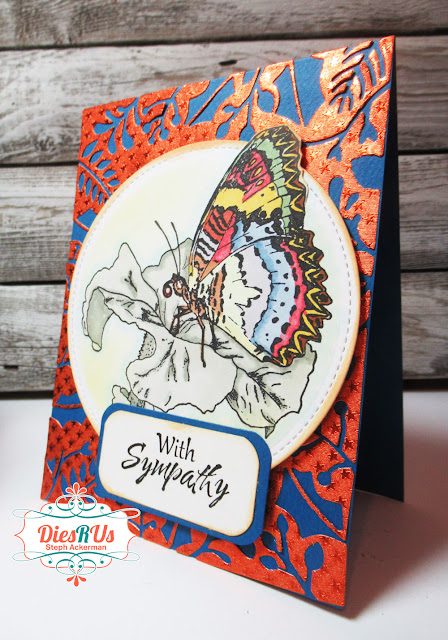 Please stop by the Dies R Us Store to see all the amazing dies available.
Thanks for stopping by.
Steph