Hi everyone, so excited to be sharing that several of the cards I created for Fairy Hugs were part of the British Craft TV Hochanda on October 6.  They showcased the new Fairy Hugs stamps .

You can watch Hochanda here:  https://www.hochanda.com/ I created a birthday card using  Luna, stamping her on Fairy Hugs Under the Sea Background.  Tearing the top edge, I placed it atop cardstock creating a slimline card and purposely left the top edge open.  Happy Birthday was added. 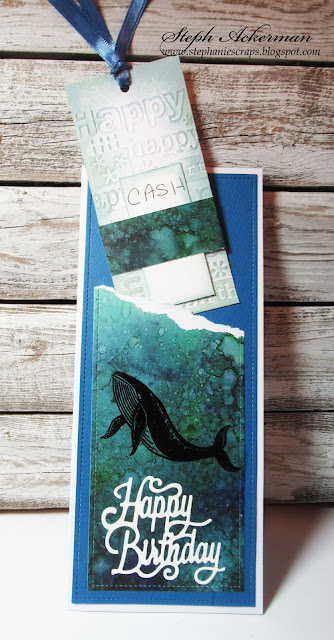 I created a tag which was embossed with a birthday embossing folder.  Adding a left over strip of the Undersea Paper, I created a band under which you can slip some cash.
Thanks for stopping by.
Steph